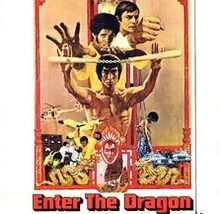 It turns out that there are even more famous mirrors that need to be discussed.  The following all involve having mirrors smashed and broken, which is something that we, at Aptations, discourage.  Let’s take a look at more famous mirrors and the mirror smashers who made them famous.

This Shakespeare play is an historical tragedy and as with all Shakespeare plays, it is filled with nuance.  One of the less nuanced scenes has Richard II focusing on a mirror and what it tells him about the stress he has been under.

When he is about to be removed from the throne he asks for a mirror.

Give me the glass, and therein will I read…..

A brittle glory shineth in this face:…..

At this point he throws the mirror down smashing the glass

For there it is, crack’d in a hundred shivers.

Mark, silent king, the moral of this sport,

How soon my sorrow hath destroy’d my face

Clearly, Richard II is both a very weak king and a very accomplished drama queen.  Sorrow and the general challenges of life can sketch lines and wrinkles on your face, but, at Aptations, we feel that those are signs of a life well lived.  We appreciate them.

When speaking of lines and wrinkles, our list of famous mirrors and the smashers that made them famous would not be complete without….

The Picture of Dorian Gray, by Oscar Wilde

If you somehow missed reading this in your education process….spoiler alert…..  Dorian Gray is a vain and hedonistic young man who has a portrait painted of himself when he is young and attractive.  He wants to stay young and attractive, so he sells his soul to make sure that the image in the portrait ages and he does not.  He then regularly takes a mirror with him into the locked room, where he has hidden the portrait, so he can compare his looks to the portrait.  As time passes, the portrait becomes increasingly monstrous.  Eventually, the vain Dorian Gray realizes that it is he, not the image in the portrait, that has become the monster. Not liking what he realizes is the truth, he joins our trio of mirror smashers.

And my personal favorite….

No blog on famous mirrors would be complete without mention of one of my personal heroes, Bruce Lee.  He used mirrors in his most successful and, sadly, final, movie Enter the Dragon.  According to Wikipedia, Enter the Dragon “is widely regarded as one of the greatest martial arts films of all times.”  I don’t think I will give away too much of the plot to tell you that Bruce Lee plays a good guy and there are many fight scenes in the movie, including a significant fight scene in a room filled with mirrors.

Initially, it seems that the bad guy in Enter the Dragon has an advantage in the mirror room since it allows him to hide from Bruce Lee.  But in this scene, Bruce Lee joins the mirror smashers and begins to break mirrors until he is able to determine exactly where the bad guy is.  Bruce wins.  I know that isn’t a surprise.  Bruce Lee is the good guy, so he had to win.  He was also innovative and known for turning disadvantages into advantages, so of course he smashed the mirrors….because it was unexpected.